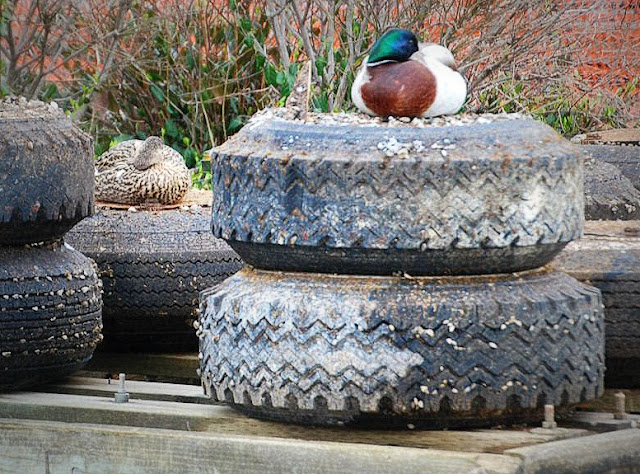 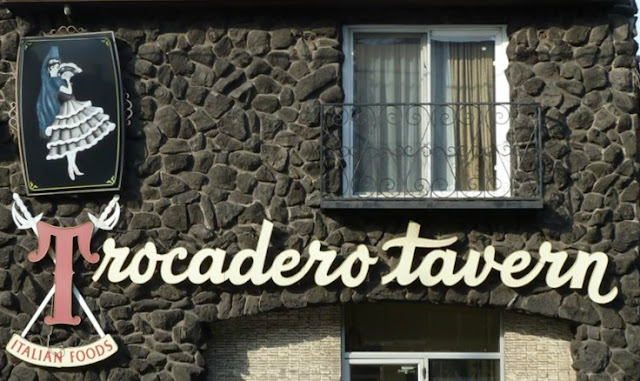 This banquet hall looking restaurant has always intrigued me. The girl in the sign looks more Spanish than Italian, but maybe that is an old Abruzzese style of dress? 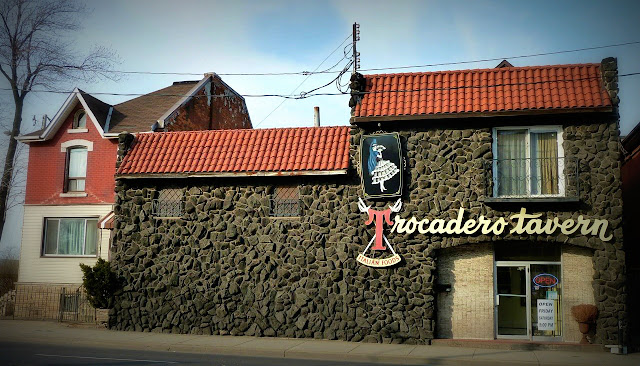 It has been here since forever, and looking it up, turns out it opened on June 6 1944,
co-incidentally, D-Day.
the menu is worth seeing...

K is for Knox

I think every town that has a Presbyterian Church
has a Knox Presbyterian!
Here is ours for the Burlington tour through the alphabet. 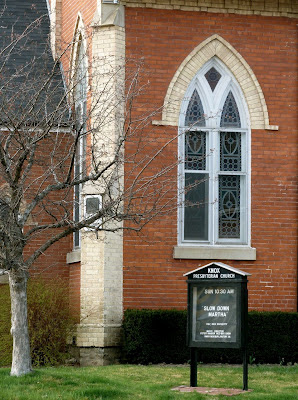 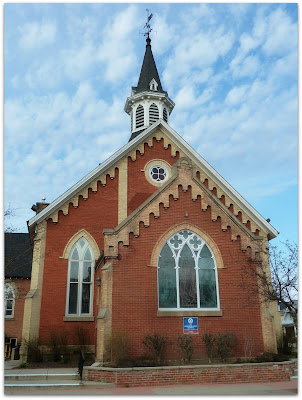 It is the second oldest church in the community.


The first church was very small, and by 1877 a larger church was needed. The original church was moved to the back of the lot to serve as a Sunday school. Later, the two structures were bricked and attached. The current structure features 12 unique stained glass windows imported from Scotland. 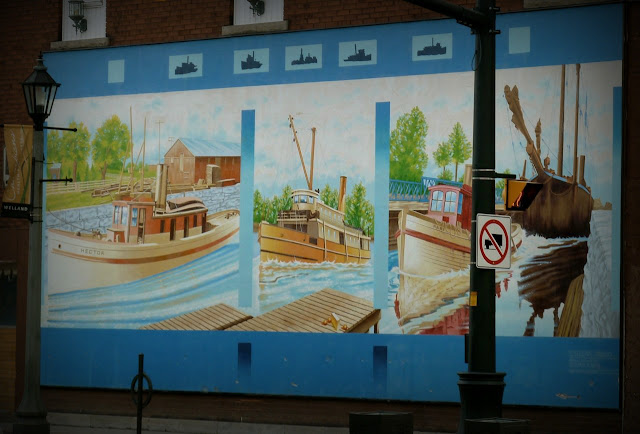 In honour of the opening of the shipping season,
another mural from Welland featuring tugboat Hector
pulling barges and ships through the canal in the 1920s
painted by Stefan Bell, an Austrian-Canadian artist who has produced
many commercial and residential projects in sizes ranging from murals to greeting cards.
MondayMural
Posted by VioletSky 13 comments: 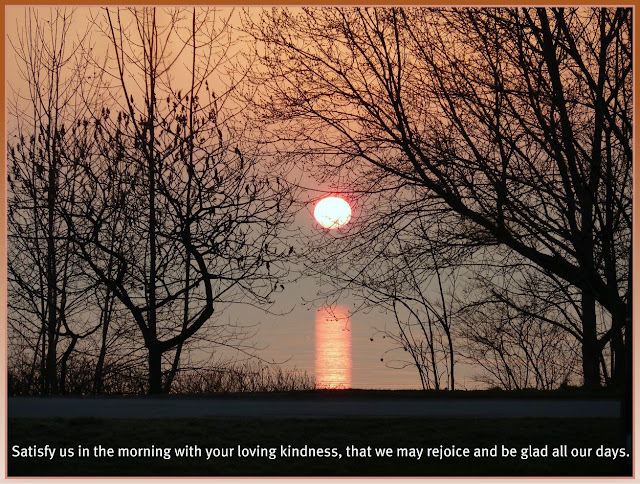 J is for Joseph Brant 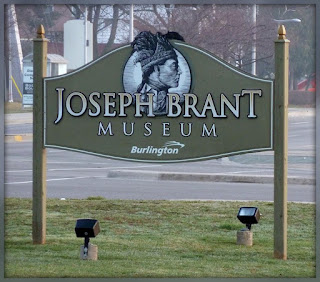 continuing with the alphabetical journey around Burlington....
Burlington's community museum is a replica of the original homestead of Joseph Brant (1742-1807) also known by his Mohawk name of Thayendanegea. He became the city's original settler when granted 3,400 acres of land at the 'head-of-the-lake' by King George III, awarded for his services as a Mohawk and British captain to the Crown during the Seven Years War and the American Revolution. The rest of the land is where the Joseph Brant Memorial Hospital now sits.
The Civic Holiday in August is locally called Joseph Brant Day.

"He was a noble figure who dedicated his life to advancement of his people. While he understood and accepted the European world as transplanted to America, he maintained his integrity as an Indian."
A convert to Christianity, Brant spent his later years living quietly at his magnificent house at Burlington Bay in an English style and translated parts of the bible into Mohawk. 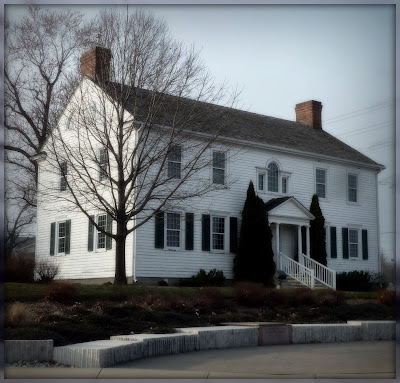 There is also a time capsule that will be opened during the city's 200th anniversary. 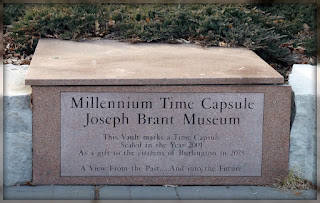 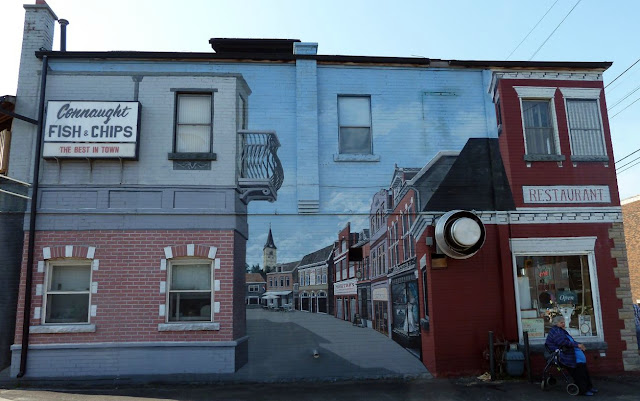 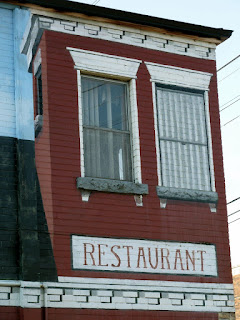 The Connaught Fish & Chip shop has a street scene painted on the side of the building which is far nicer than the real street scene. The detail is amazing, right down to painting a matching window at the corner. 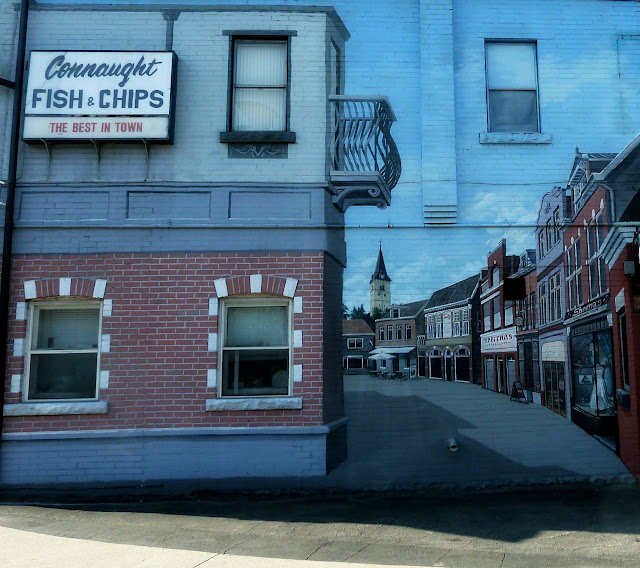 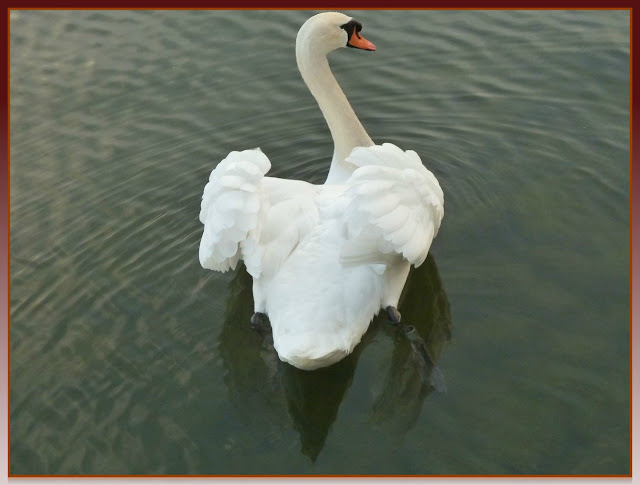 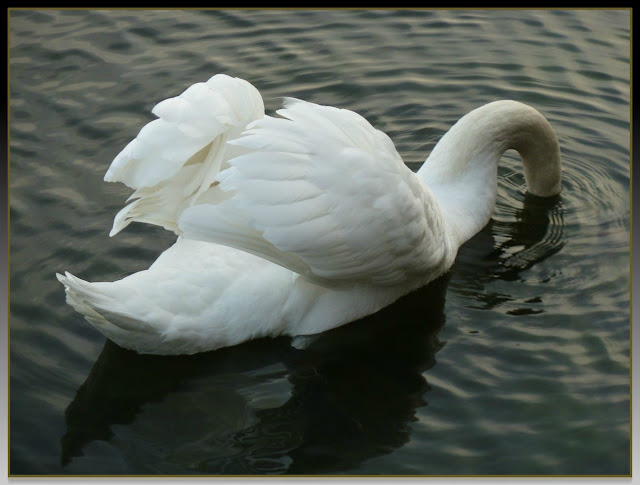 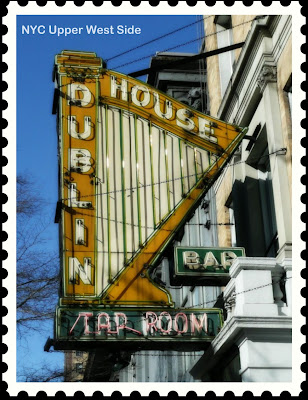 I showed the other side of this sign last year, here, but it looks quite different
signs, signs
Posted by VioletSky 14 comments:

I is for Ireland House 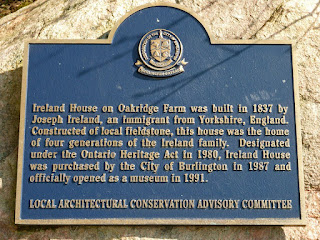 Ireland House was built to last and visiting this farmhouse one can see how many of the four generations of Irelands lived. There are still descendants living in the area with Marie Ireland being the great-granddaughter of the original owner. 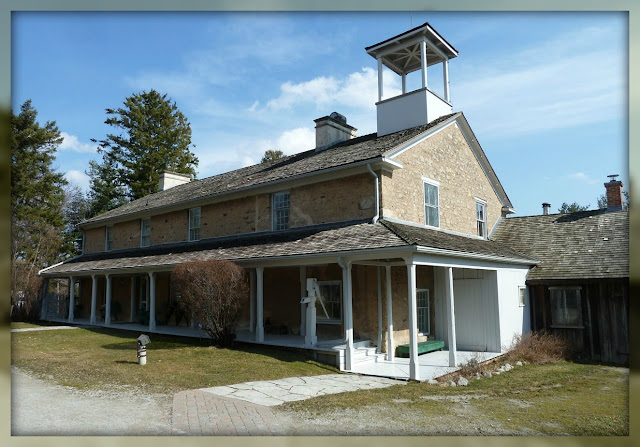 At one time the farm had grown to 1000 acres, but over the years the land was sold off with the last farmer, George Ireland, retiring around 1960 and leaving the house and outbuildings on four acres to his daughter, Marie. In a family of many siblings - her father and grandfather each were in families of 12 children, Marie was unusual in being an only child. 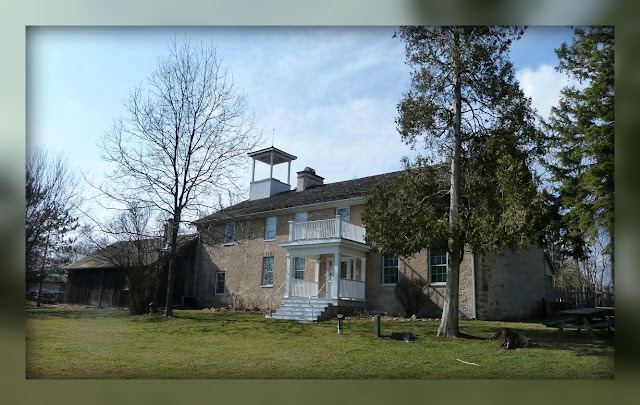 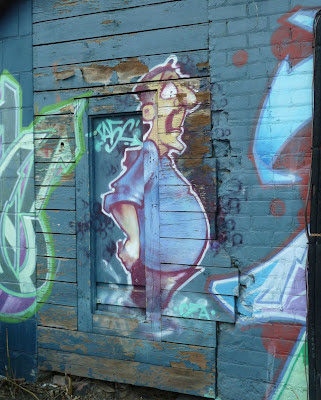 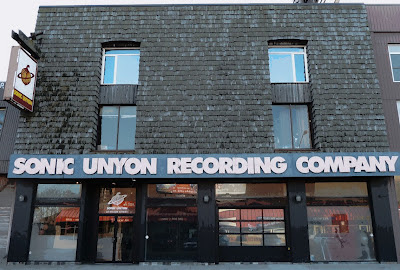 murals on the wall of Sonic Unyon recording studio, an independent record label in Hamilton Ont.

An underside view of the York St Bridge, 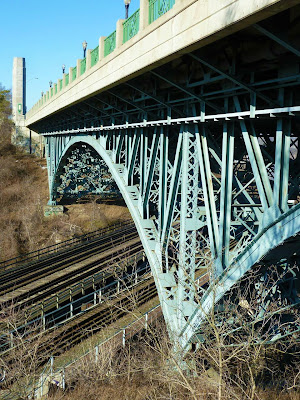 officially known as the Thos B McQueston High Level Bridge

Designed in 1932 by John Lyle, there are four of these pylons each with the city's coat of arms and a niche which was meant to house a statue. 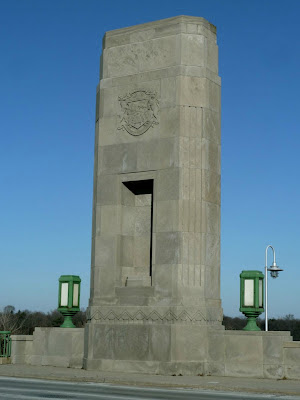 As often happens, the design was too expensive and had to be scaled back,
and to this day the niches remain empty.
SundayBridges
Posted by VioletSky 15 comments: 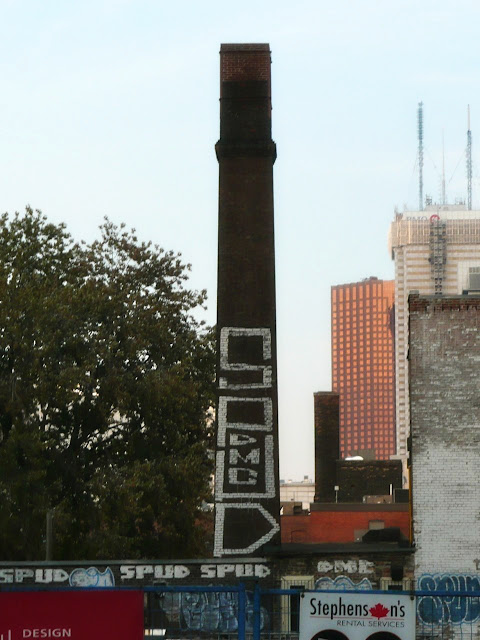 I took this photo a year and a half ago but it seems relevant today. Spud is about to open an exhibition show at a gallery in Toronto. It will be about censorship and graffiti culture. It should be entertaining - Spud is ubiquitous around Toronto with these examples being one of the boring and annoying works, but he also has many caricatures of the current Mayor who has been on an unbridled rampage against graffiti and graphic art.
signs, signs
Posted by VioletSky 16 comments:

H is for high up view 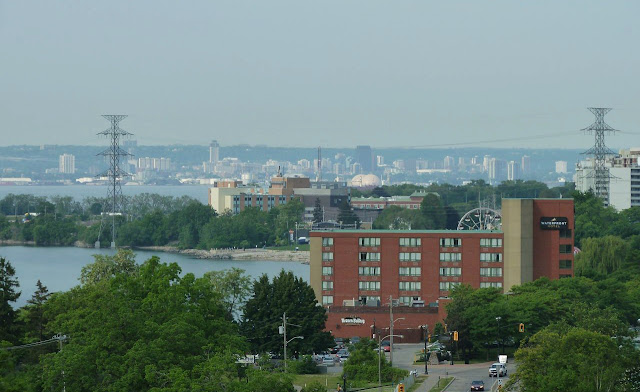 with a Hotel in the foreground.
and the Hospital behind it
and beyond that, past the Hydro towers
lies Hamilton

Hamilton isn't part of Burlington, but is its hulking neighbour across the bay.
You are getting a summery shot of this view because it is so much nicer than the view today 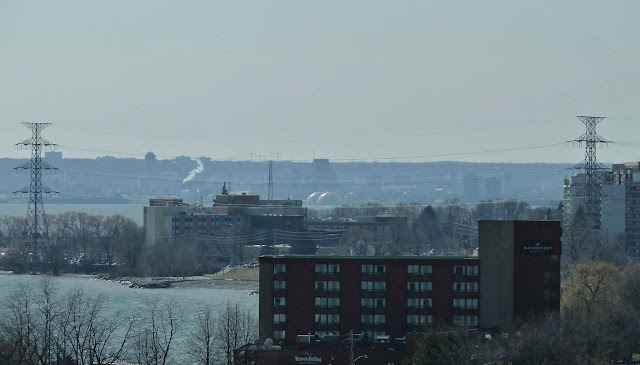 with the bare trees and hazy sky.
ABC Wednesday
Posted by VioletSky 10 comments: 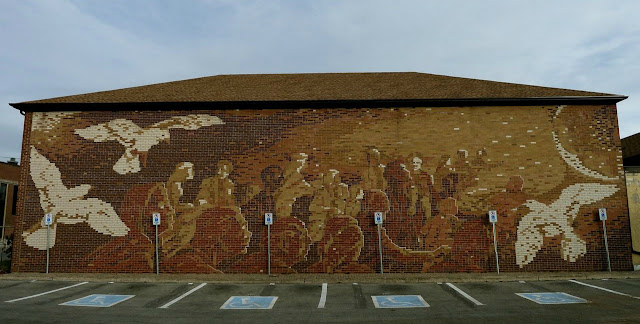 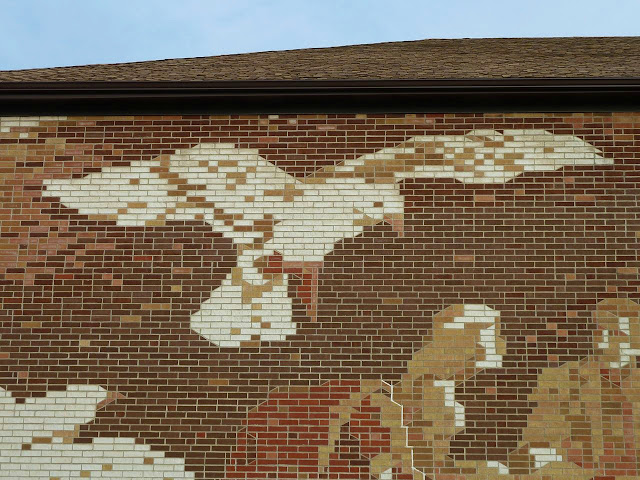 a brick mosaic on the wall of Holy Trinity Church in downtown Welland. It is meant to depict the immigrant experience to the new world. Bas Degroot was a Dutch multi media artist, born in Gorinchem and died in 2001 in Port Colborne. This mural was created in 1989.
MondayMural
Posted by VioletSky 9 comments: 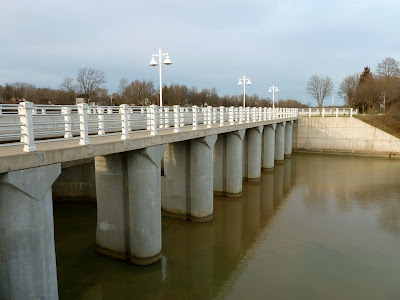 another bridge from the Welland Canal 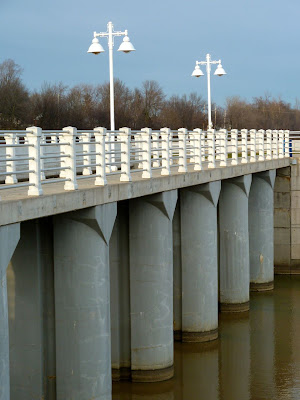 this one is on Cross Street looking out to Merritt Island. There is both a pedestrian bridge, which is shown here, and beside it is a separate bridge for vehicles.
SundayBridges
Posted by VioletSky 8 comments: