Party by the Bay 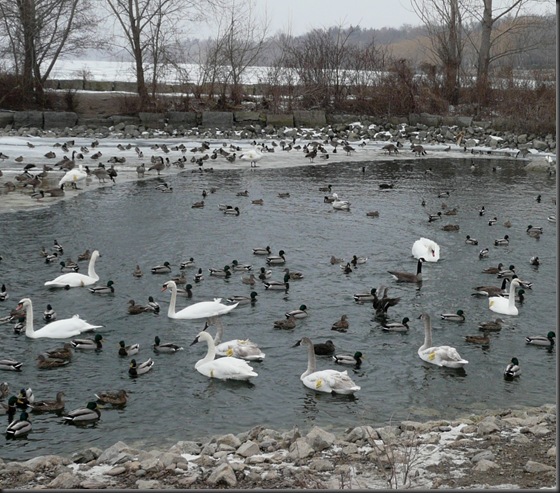 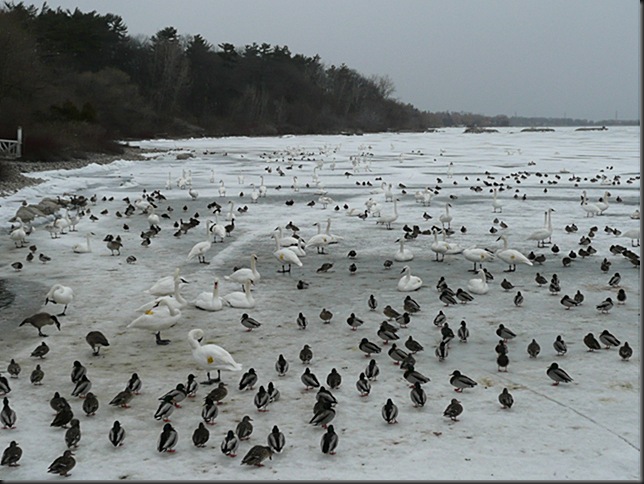 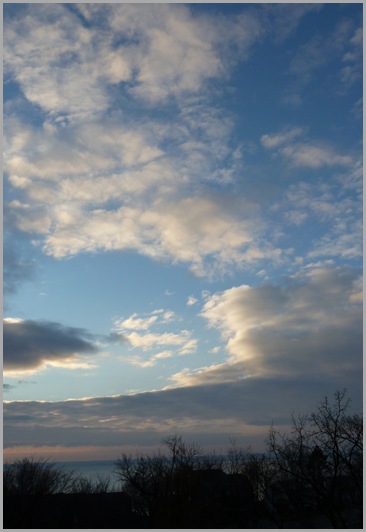 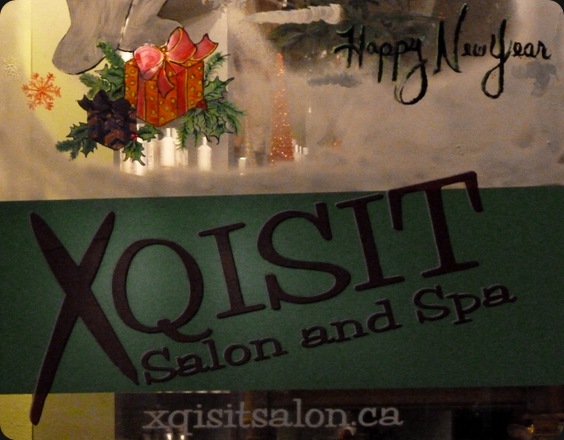 I have never been inside this poorly spelled salon, but I was thrilled to have it available for my X.

Lady of the Lake 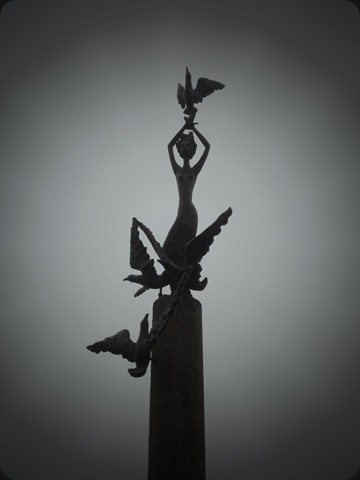 The Lady of the Lake stands surrounded by flying geese at Spencer Smith Park by Lake Ontario. She has been there since 1973 and recently underwent a complete restoration. On this day she is also enshrouded in fog which is enhanced by the pin hole setting. 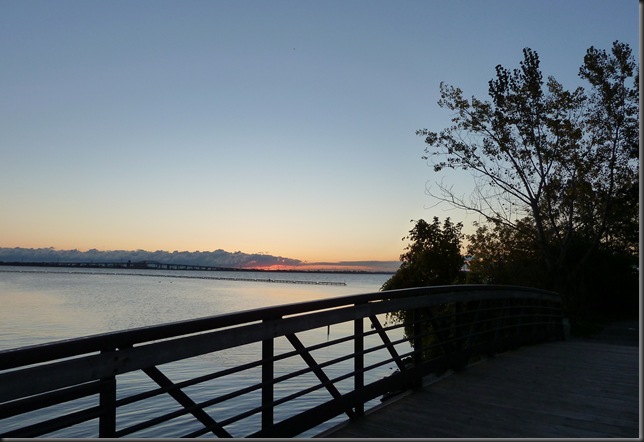 A view of the Burlington Skyway from the Lasalle Park Promenade bridge as the sun rises. 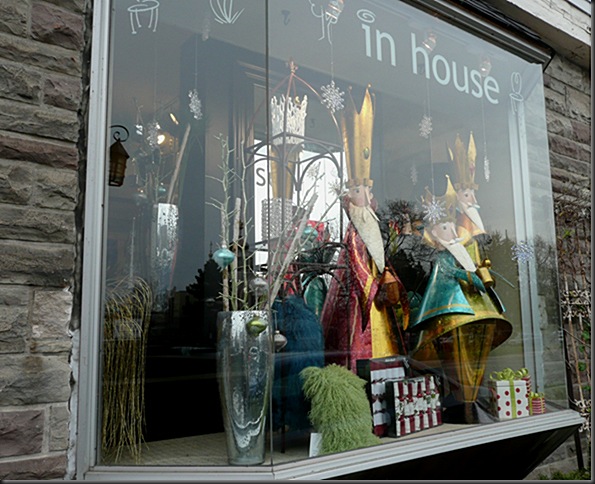 My favourite home decor shop, dressed up for Christmas

Merry Christmas to all

in the dead of winter time 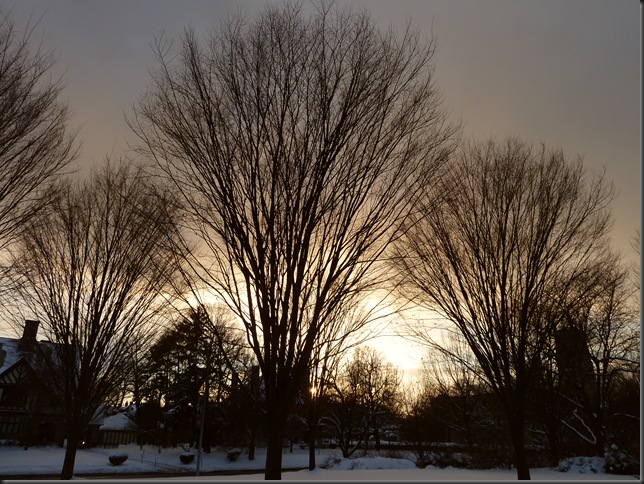 I prefer winter and fall, when you feel the bone structure in the landscape -
the loneliness of it - the dead feeling of winter.
Something waits beneath it - the whole story doesn't show.
~Andrew Wyeth

W is for Watchtower 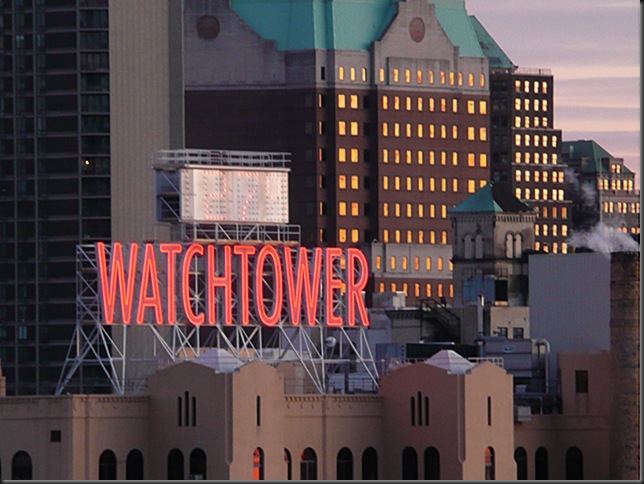 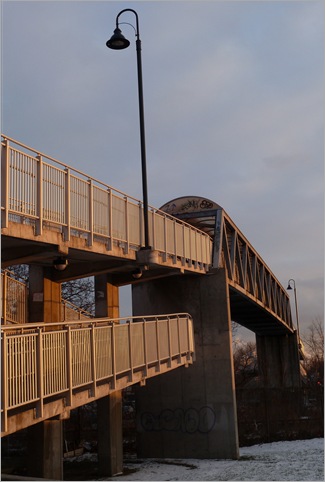 This heavy duty pedestrian overpass connects the two dead ends of Pape Ave created by the CNR tracks that slice right through the street. Top view is from the west side with the setting sun and looking south. Bottom view is from half way up the ramp looking north on the east side. Between the tree branches, you can just barely see another small bridge that leads to the apartment building on the right. 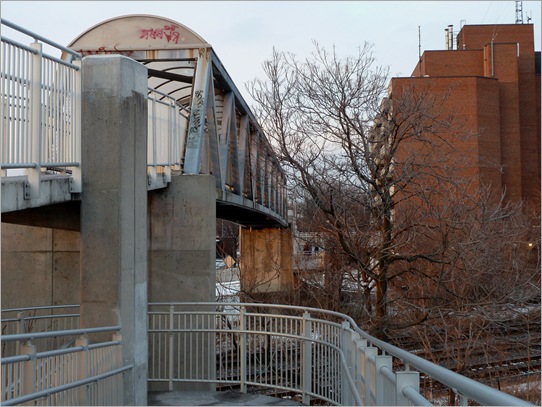 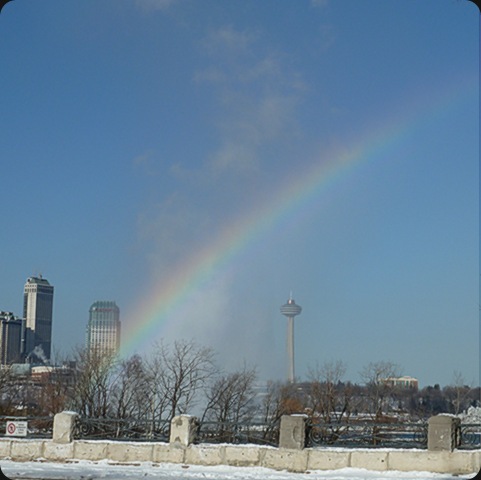 A rainbow lands in the town of Niagara Falls (Ontario)

V is for Viaduct 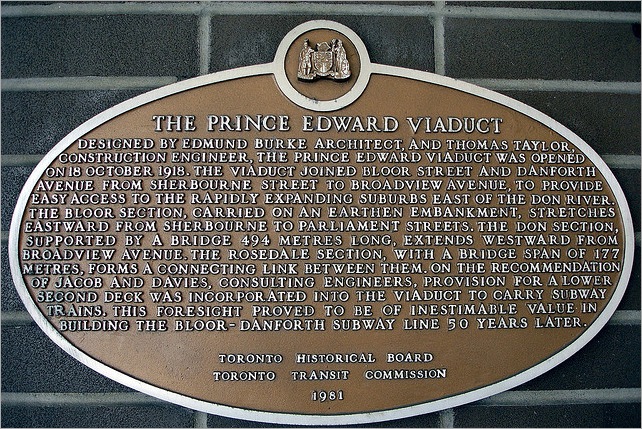 The Prince Edward Viaduct is never called by its official name, it is more commonly called The Bloor [Street] Viaduct, or simply, The Viaduct. This is the dividing line between the east end of the city and the downtown area. If you have read Michael Ondaatje’s book, In the Skin of the Lion, this is the bridge that is the background to the story. 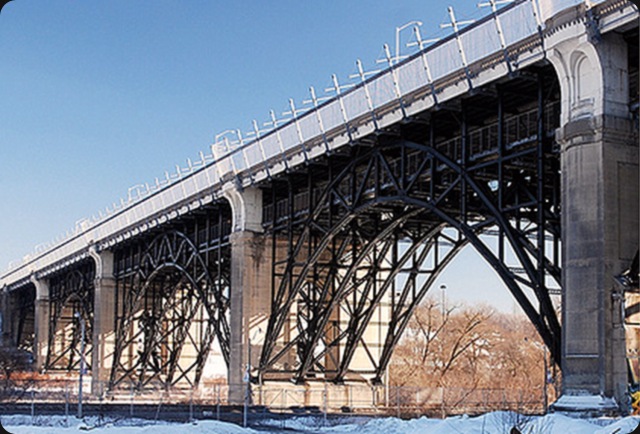 U is for umbrellas 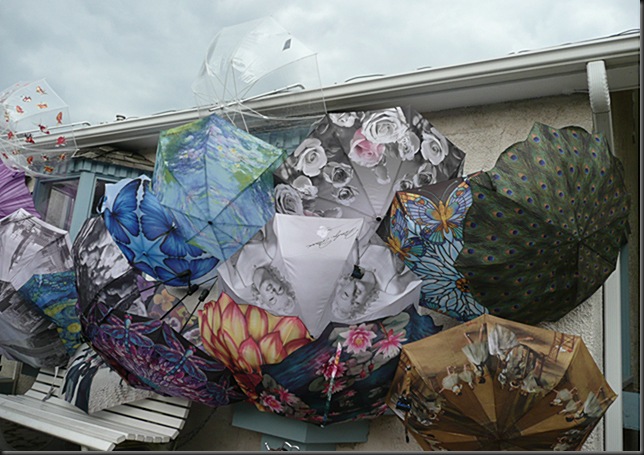 It very often rains when I visit Niagara-on-the-Lake and this storefront covered in umbrellas provides the perfect cover! 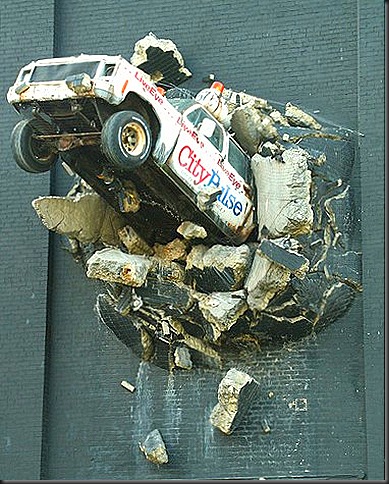 In memory of the voice of City. Mark Dailey, a tv anchor, reporter, and announcer passed away on Dec 6th. His distinctive and entertaining voice defined Citytv, and Toronto, for over 30 years. This “breaking news” car bursts out of the old CHUM/City Building. 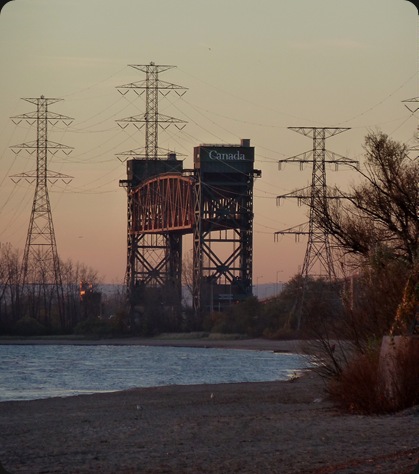 The lift bridge over the Burlington Canal was up early one morning last week as I took photos of the sunrise. 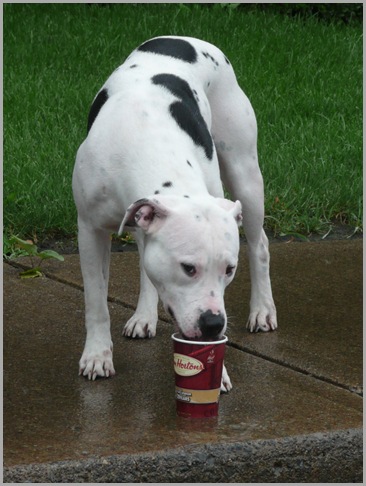 Does anybody else see the face in the ear?
Camera Critters
Posted by VioletSky 18 comments: 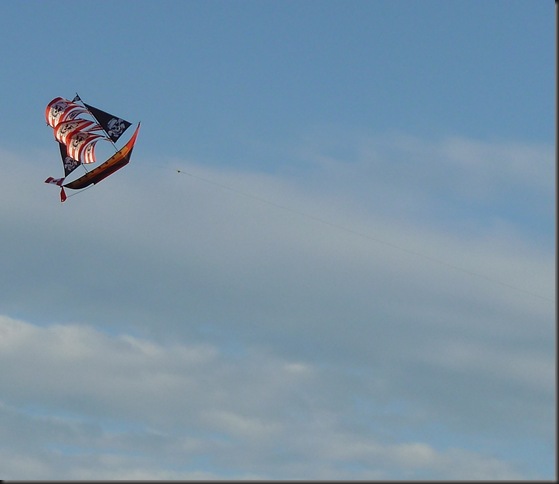 I would not exchange my leisure hours
for all the wealth in the world.
-Comte de Mirabeau-

T is for Tall Ships in Toronto 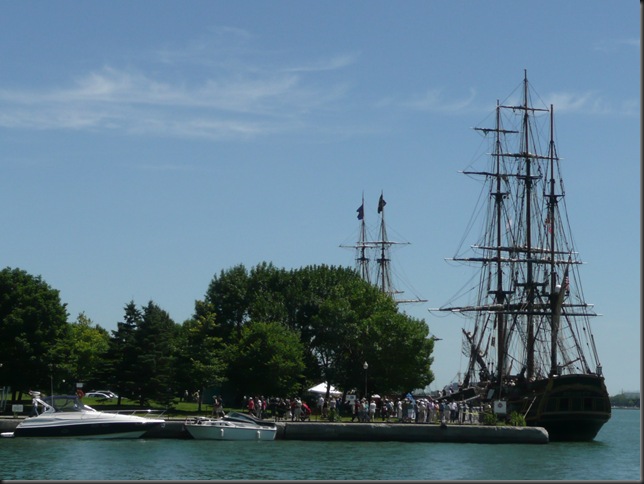 I took so many pictures of these Tall Ships when they were in Toronto last July… here is another view of two of them, with two other smaller boats for a size comparison, just in case you were in any doubt about their tallness!