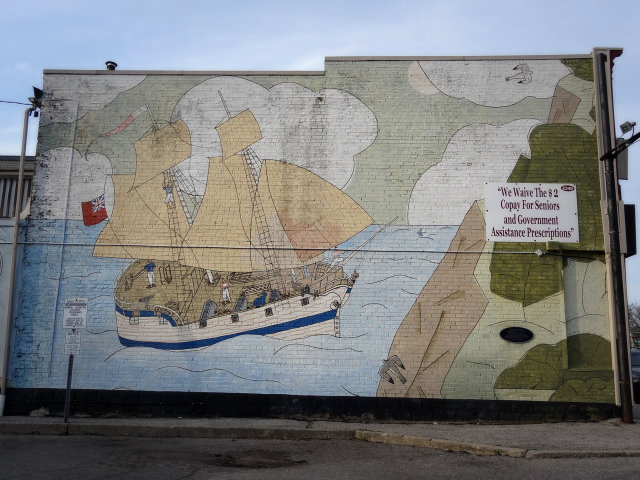 H.M. Schooner Onondaga
on the side of a drugstore
(it is a shame they put that notice on the mural instead of in the window)
the plaque reads
H.M. Schooner Onondaga
by Jeff Jackson, 1992
This artist's impression of a 1790s schooner honours the many sailing ships which sailed past the Scarborough Bluffs bringing settlers and supplies to Upper Canada.
Onondaga was built near Kingston in 1790 and served as flagship of the provincial marine unit until her retirement in 1797.
Funded by the Cliffside Community Improvement Plan
MondayMural
Posted by VioletSky 7 comments: 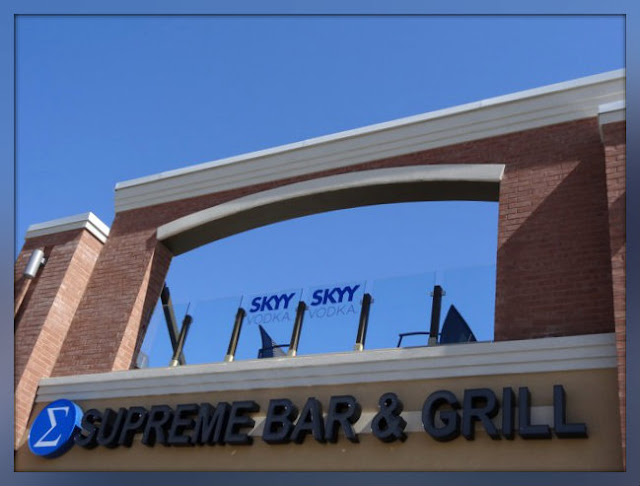 one day, it may be warm enough to sit out on the roof
signs signs
Posted by VioletSky 13 comments: 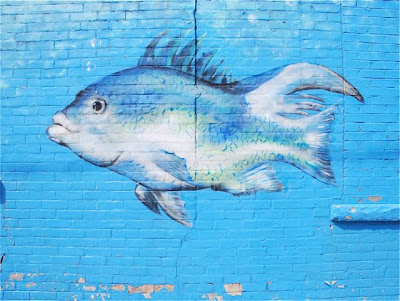 on the side of a bar in Southampton
MondayMural
Posted by VioletSky 6 comments: 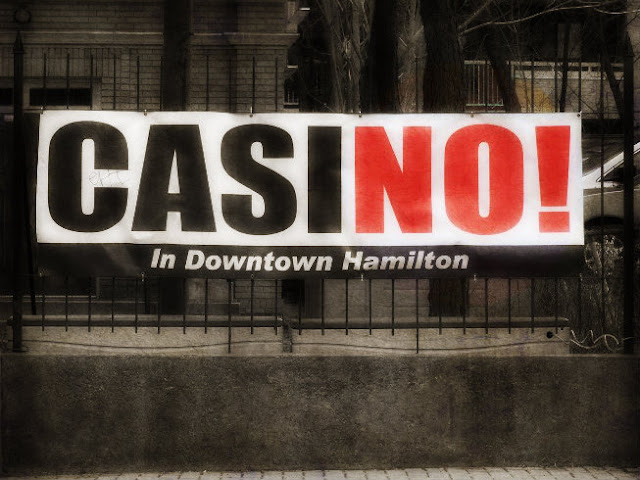 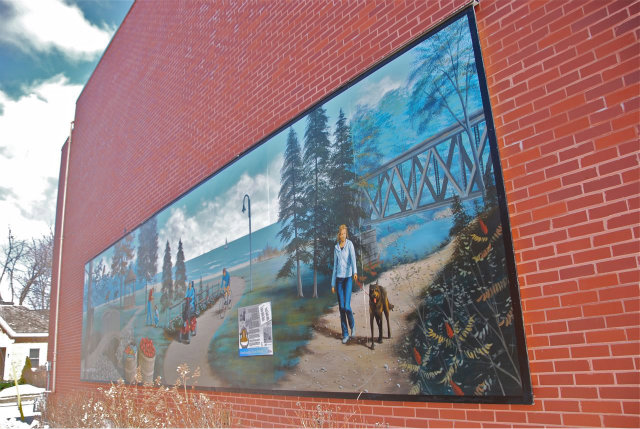 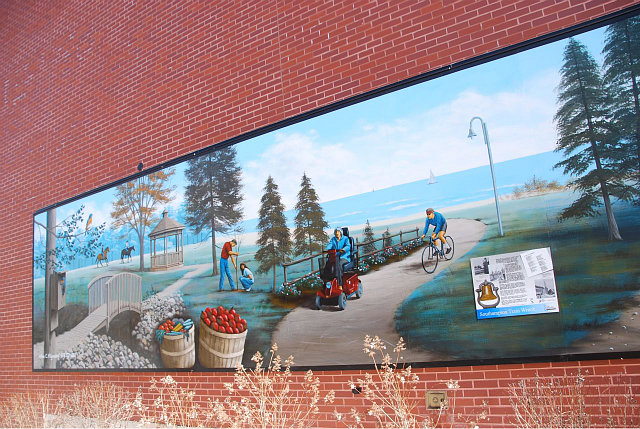 it is on the back wall of the Port Elgin library. I was standing in the driveway and back yard of the neighbouring house which, after some did some research, I discovered is owned by the woman in whose honour the new library addition was named.
Ms Scammell was honoured for both her tireless dedication to volunteerism in the community, including her involvement with the Saugeen Rail Trail, and how neighbourly and understanding she was throughout the entire renovation of the library.
Scammell lives directly west of the library on Elgin Street, and had a significant portion of her view taken away with the library's addition. She also did not protest a minor variance needed for construction to continue.
Monday Mural 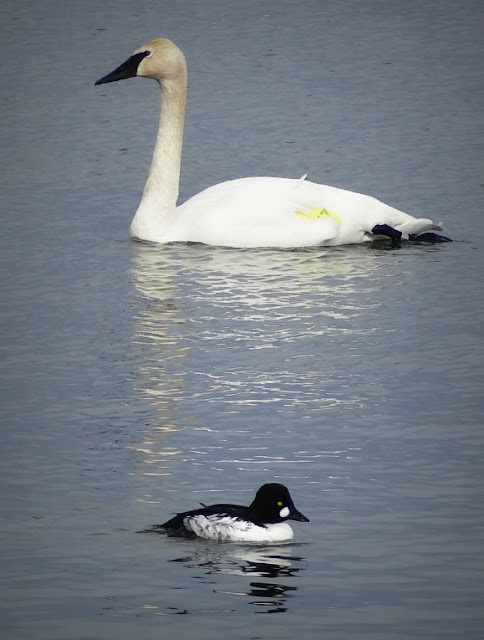 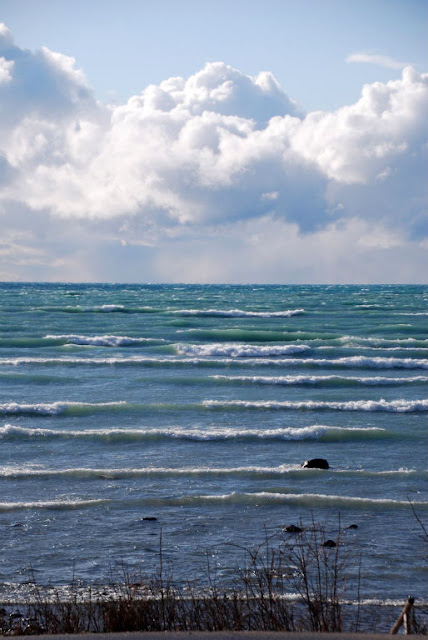 are an event on Lake Huron 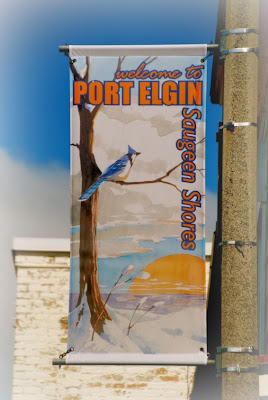 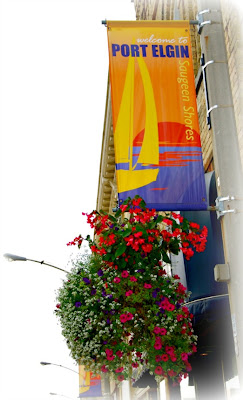 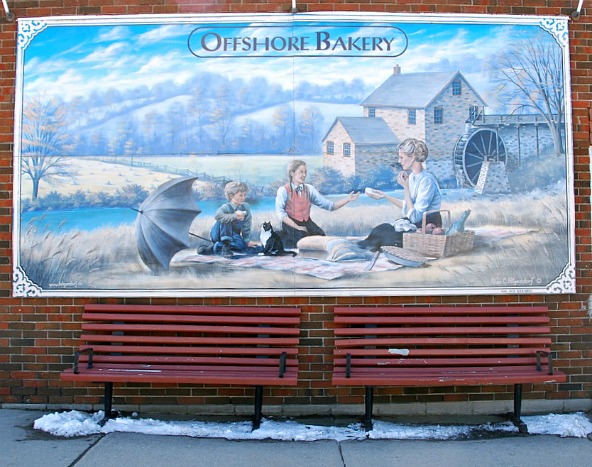 a mural by Allen Hilgendorf who lives in Bancroft Ontario. This particular mural is the only indication that a bakery actually exists behind this wall. And I would highly recommend sampling their fares if you are ever in Southampton! 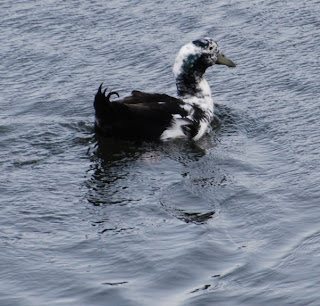 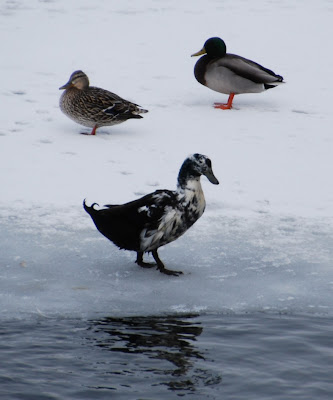 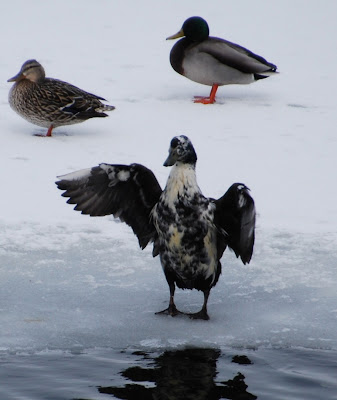