R is for Red Rocket 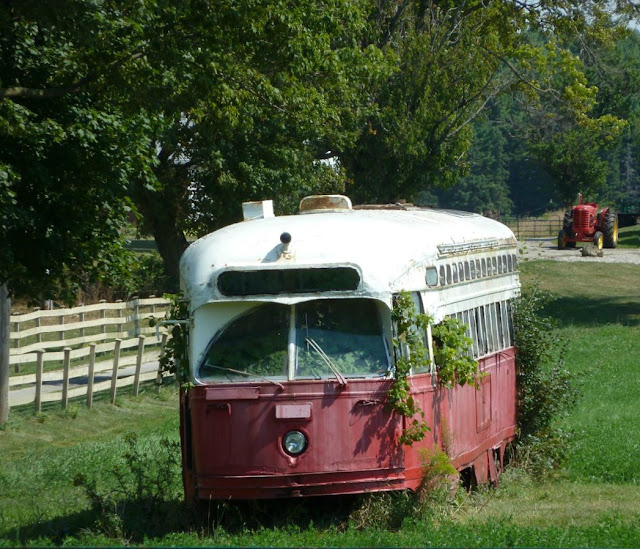 I took this photo of the old TTC streetcar sitting in a farmer's field on Highway 6 while stuck in traffic back in August. When I last went up that way about 2 months ago, the inner garden had been cleared, but sadly I did not stop to photograph it.
The Red Rocket is the nickname given to the Toronto Transit Commission (TTC) vehicles. It was started with the bright red trains that were used from 1954 to late 1960s and the name stuck. Now, the streetcars and buses are mostly red and white and the subways cars are silver.
This summer a new design was unveiled for the subway car and this weekend we got a preview of the new streetcar. 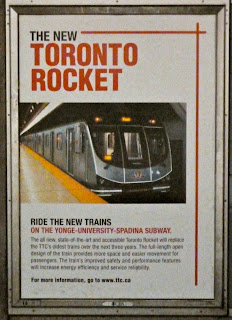 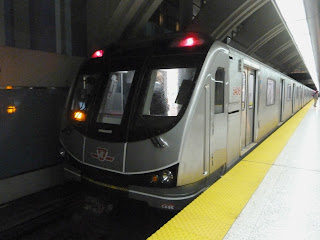 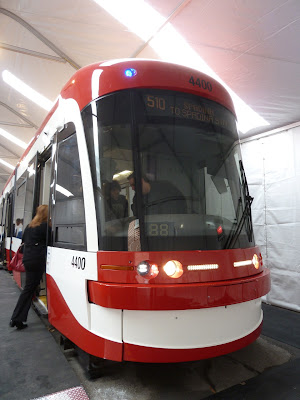 I love the old streetcar!
r is for...

I was riding in Toronto this past summer!
ROG, ABC Wednesday team

Ride the Red Rocket does Roll of the tongue nicely. Don't mind the new designs, but the old ones have more charm, especially sitting is a field stuffed with overgrown greenery! :-)

I think I would love to ride the Red Rocket. Great pictures. Love the old abandoned train in the garden.

THe new models are sleek, but that old one with nature overriding 'technology'...sweet!

I think the new red Rocket is mighty sleek looking and does the name proud. It's a vast improvement over the old one. The New Toronto Rocket looks great too. I'm all for new technology. I'm not much for nostalgia.

Pretty snazzy new street cars, but I feel quite nostalgic about the old ones....

I love the old streetcar. It makes me think of my parents and grandparents.
I hope I get to ride the red rocket next time I'm in Toronto.

I went to see it on Sunday! I think I may post a shot one day too! I liked it but it is too bad the driver is separated from the passengers so much.

And I can't help but wonder why an old streetcar would be sitting in a farmer's field. Did it just get off track and leave its passengers there? I doubt it but I'm curious. You also managed to have a red tractor in your photo which I thought was a bonus.

My R is about Raking Leaves, please come and see.

Ah, the old street car would be my choice of ride. Or that's just the lover of all things old in me musing.

The old red streetcar looks like a fine planter. :) Sharp new transportation, for sure. Great photos!

I'm surprised that no-one has stepped in to renovate the old streetcar.

I like the new red rocket, but the old one has personality if a little faded in comparison to the working tractor. Brings a new meaning to put out to grass.

I've seen that old streetcar on the side of Hwy 6!
Those new ones look very European. With all those big windows there looks to be less space for advertising. Wonder what that will do to the budget....

I used to drive those streetcars out of Russell Division on Queen Street. They are known as PCC - President Conference Car.

Wow!This old streetcar deserve a better home in the museum.