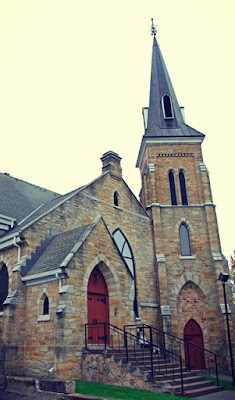 
Started out as a Methodist Church in 1836, with a wooden building on this site. It was replaced in 1871 with a stone building with several extensions during the next 98 years.
In 1968, five rural churches were closed and merged together with Grace United. 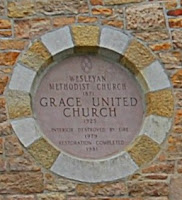 Eleven years later it was destroyed by a fire and reopened in 1981 after a two year restoration. 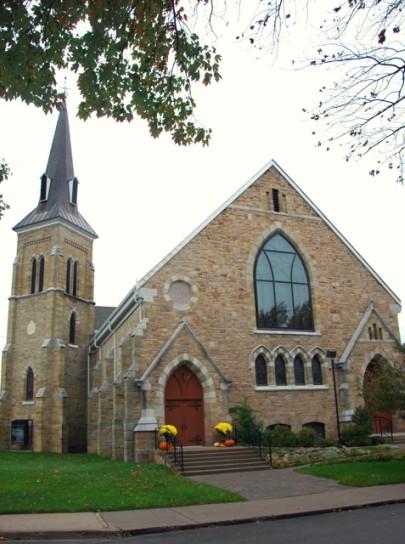 for InSPIRED Sunday
Posted by VioletSky

...a Happy Thanksgiving my friend.

This church has an interesting and very unusual history. A fine presentation of the latest building.