faces of the dead 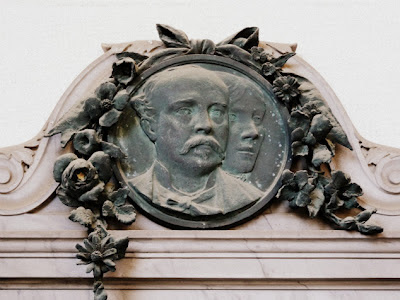 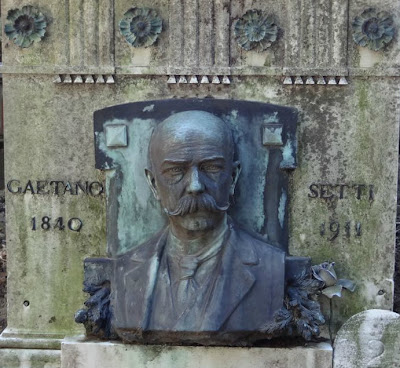 Beautiful. Is that his wife peeking over his shoulder? shame she didn't get a brass of her own.

Always nice to see how people have changed in the centuries. Such moustaches are not so common anymore. And a woman has to stand by her man, but behind him.

I wonder if that is not the younger man's face behind him in the first engraving?
great 'staches!

Gee, I must be inured to the female role in life. I don't react to half of what others take umbrage at. I can see it once it is pointed out, but must think in my own head, that it was simply the times.

Likenesses of the departed is not something that I see a lot of in Australian cemeteries, whereas it was everywhere in the cemeteries I have stalked in Paris. Guess we are too egalitarian to want a 'graven image'.

I would have thought it was the era in which these memorials were made that there would be a graven image. but on many modern stones it is increasingly popular to include photos.
I don't know why, but I find the photos a bit more disconcerting than these examples

Interesting. The second guy looks like the strong man in a circus or something. ;)