D is for Dutch

Until about 50 years ago, Burlington was rural with many farms, orchards and greenhouses utilizing prime growing soil. Eventually, the farms disappeared as the city became more urban. The orchards have been obliterated for new roads and housing development, and now all but one of the greenhouses are gone. Most, if not all, of the greenhouses were operated by the many Dutch families who emigrated here after the war.


There is The Dutch Shop that sells everything you might need imported from Holland. It is rare that I have gone in there and been the only customer. 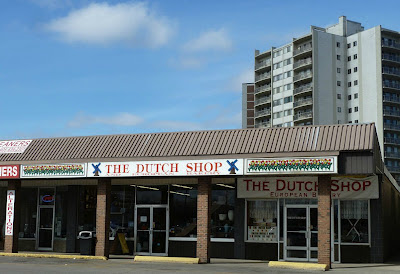 And there are these Dutch homes situated on Lakeshore Road 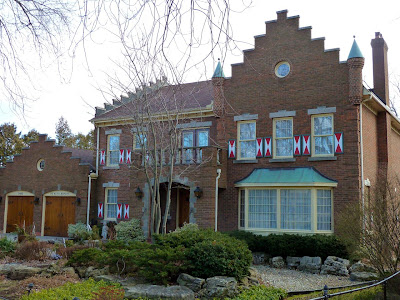 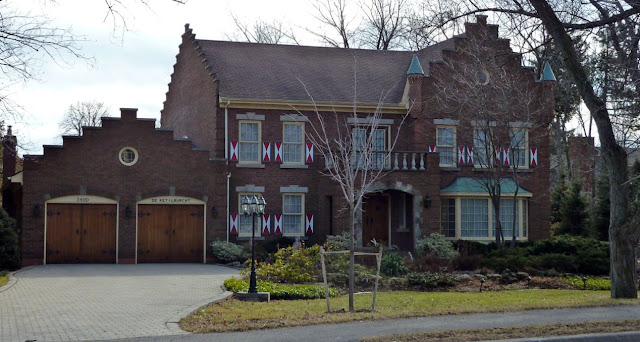 I'm not certain what exactly de ketilburcht means, except that burcht is 'castle'... and a bit of research shows that the family who currently live here are named Ketelaars 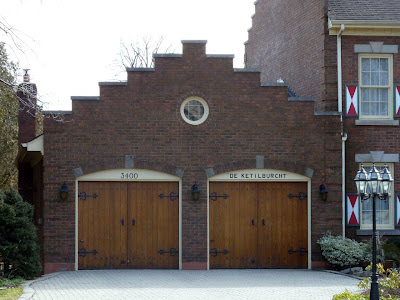 And this house, which was built in 1872 for William Dalton and was known as Applevilla after being sold to John Chamberlaine 'Apple Jack' Smith. It sits on the corner of Lakeshore Rd and Smith Ave. As an aside, there are three other farmhouses on Smith with the names Dalton or Smith on the historical plaques. 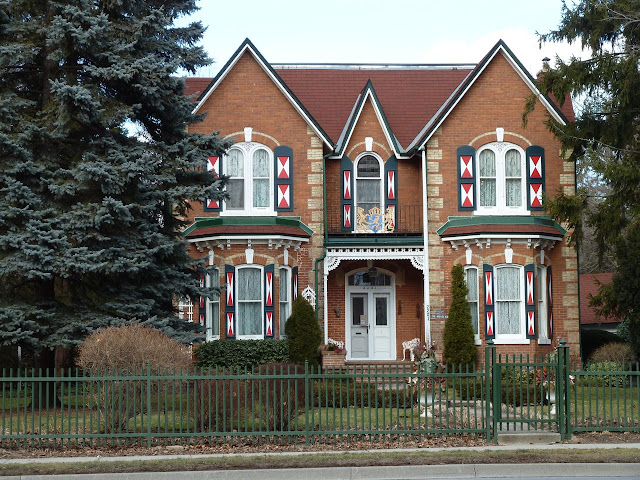 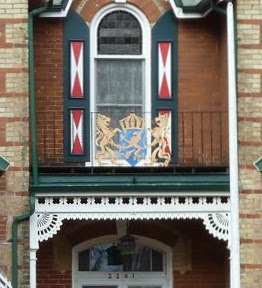 The house was later the residence for the Netherlands consul - which explains that crest over the front door.

The detail and decoration are quite lovely. I'm glad some of the history still remains.

I'm loving this series. It makes me want to move there sometimes.

If you (or anyone) were to come here, I would gladly show you around and play tour guide!

It seems the Dutch did well to be able to build such houses. How quaint they are. You would not see that in Holland.

Lot of Dutch heritage in Albany, NY, tho not so much the buildings.

Today I enjoyed my visit to your blog. You posted some great photos and I enjoy history lessons.

LOVE that house! We have lots of Dutch in our village.

Interesting. What kind of stuff do they have in the shop?
I like the looks of the houses!

i love the house. lovely details on the windows.