B is for Burlington

For this round of ABCWednesday, I thought I might try showing the sites and sights of things that are specific to the city where I live. I'm not sure how far into the alphabet I will be able to sustain this idea... but at least the letter B is no problem.

We have the brand spanking new Burlington Performing Arts Centre that officially opened in December 2011. 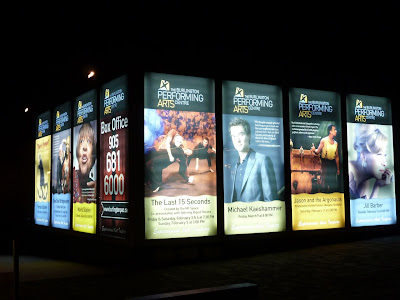 and just a couple blocks down the street is the
Burlington Art Centre. 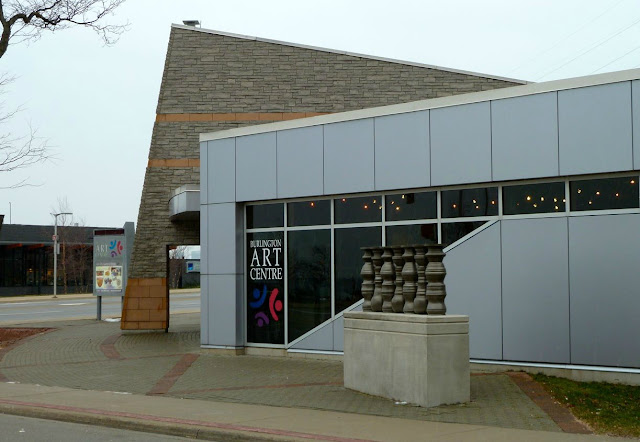 Neither has a particularly inspiring name, but at least they immediately indicate where you will find these centres of art, which you do not get with a corporately funded, naming right of a universal company.
...continued on VioletSky

The building appeals to the eye with clean flowing lines! Especially intrigued by the sculpture display in the last photo! It looks much like tightly lined up wooden candleholders!

Of course, I'm curious what's INSIDE the art centre:) Have a great week, Sanna.

I haven't seen the performing arts building before - nice one!

I hope you manange to keep up with this ABC all the way to the letter Z. I'm very curious to see all the things in your city.

And beautiful photos of the busy Burlington arts scene!
HelenMac
ABC Wednesday Team
We have a village called Burlington down M60 from us, but it has neither art center nor theater and just barely a main street......